United Way of Delaware works to create lasting change for those most in need through advocacy, strategic partnerships, philanthropy, volunteerism and collective impact. We recognize that structural racism/ethnic discrimination and other forms of oppression have contributed to persistent disparities and
inequities which we seek to dismantle. To that end, we: READ MORE

UNITED WAY OF DELAWARE STATEMENT REGARDING VIOLENCE AGAINST
ASIAN AMERICANS

United Way of Delaware (UWDE) condemns all forms of violence and acts of hate, especially those directed against minority populations. We are appalled and saddened by the murders of eight people, seven of whom were women, including six Asian-American women working in Asian owned-businesses, in Georgia on March 17. Just as we have done when other minority communities have come under attack, UWDE stands in solidarity with Delaware’s Asian community. We will not be silent in the face of such violence and we encourage others to be equally vocal.

Authorities have said it is too early to determine if these murders were racially motivated. But it is not too early to point out that racist rhetoric, fueled by the COVID-19 pandemic, has led to Asian Americans of all ethnicities being vilified, attacked, and mistreated. We condemn this behavior wherever it may occur.

United Way of Delaware takes this moment to call on every Delawarean to honor our common human dignity, to treat one another with respect, and to support one another in making our home a better place for all.

Children who do not read proficiently by third grade are four times more likely to drop out of high school as those who do. Learn More

Research shows that youth ages 12 to 15 are vulnerable to a range of health and learning risks. Learn More

Nearly half of Americans would have trouble finding $400 to pay for an emergency. Learn More

Become a United Way Reading Angel today! Take one hour of your time to read to a Delaware early education student! Just 60 minutes can make an immediate difference in your community..LEARN MORE

United Way of Delaware’s U Volunteer is a one stop portal that connects volunteers to Agencies with opportunities in Delaware. VISIT U VOLUNTEER AND CREATE A PROFILE

If you or anyone you know in Delaware is experiencing a crisis you can call 2-1-1, or visit delaware211.org  to be connected to the resources you need to thrive again.

“I was struggling to find direction. I knew I had the smarts to make it through school but I needed help with issues that face a lot of teenagers in Delaware today. Thanks to United Way of Delaware’s Life Map, I found my direction”

“I volunteered through the Pride Council, and really make a difference in the lives of kids who are struggling with their gender identity. I think it’s important that all people especially younger students get to be who they are”

“As a 3rd grade teacher, I can’t express how important literacy is. United Way of Delaware’s My Very Own Library provided ALL of the students in my school with ten books a piece, to build libraries at their home. The results were staggering”

“Stand By Me, helped me make a financial plan and I was able to save my home from foreclosure. After a few meetings with my financial coach, I was already saving money each week and budgeting better. “

“Women In Action and  Women United community impact projects are very hands on. Just being there for the students gives them the confidence that I never had.”

“Delaware 211 gave us resources to help keep the lights on when times got tough for my family. They put me in touch with a community center that was able to help, until I recently found employment again.”

“After I graduated from college, I found it hard to make real connections with professionals in my field of study. Young United Professionals put me in touch with other young people like myself.”

“Our organization raised much needed funds in 24 hours during  Do More 24 Delaware. Being a small organization, United Way of Delaware really gave us the tools to take fundraising into our own hands.”

Listen to the Stand By Me Podcast 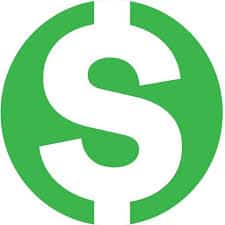